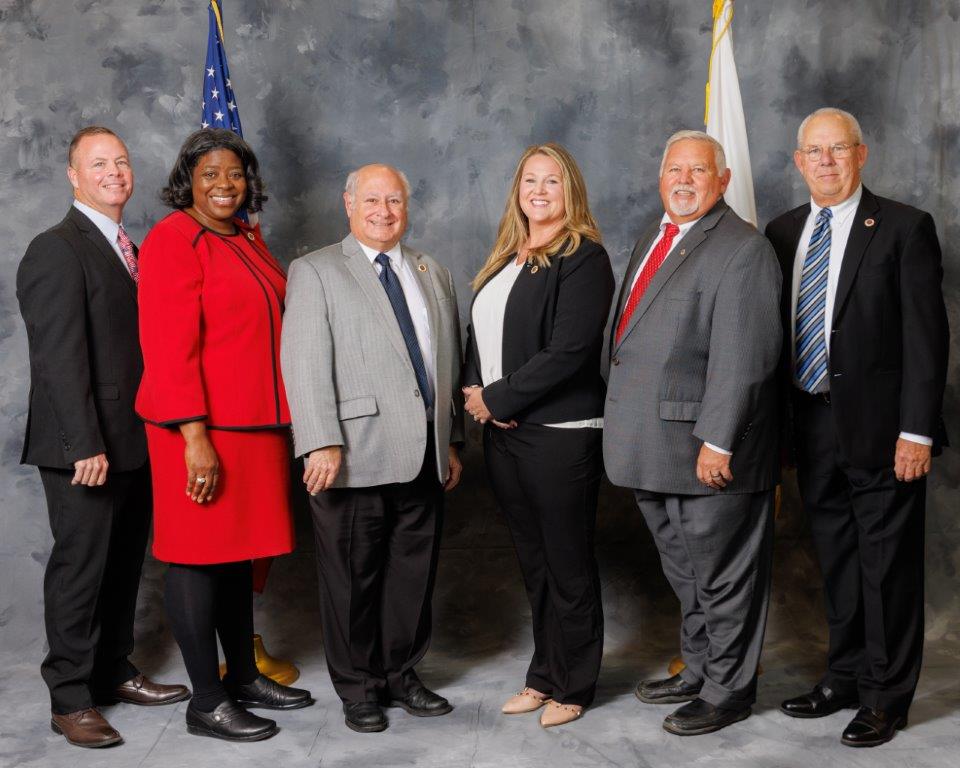 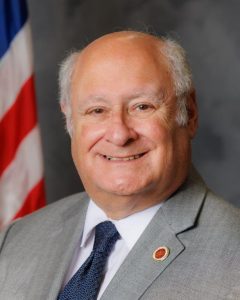 Dr. Rubenstein recently completed a three-year term as Chairman of the Department of Family Medicine at Springhill Medical Center. He holds the rank of Associate Professor at the University of South Alabama, College of Medicine, and helps train medical students and residents for careers in primary care medicine. Dr. Rubenstein serves as medical director for Saads Hospice and also serves as principal investigator for the Center for Clinical Trials in Saraland.

In 1996, Dr. Rubenstein began his service to the City as a Councilmember. He was chosen as Saraland’s first Council President when a change in the form of government occurred in 2004 and was reelected to that position in 2008. He has served as the City’s liaison to the Saraland Board of Education from its inception. Dr. Rubenstein was serving his fourth term on the Council, when he transitioned into the position of Mayor in January 2011 due to the unexpected passing of former Mayor Ken Williams.  Dr. Rubenstein was re-elected as Mayor of Saraland in 2012, 2016 and most recently in 2020.  Dr. Rubenstein has earned the Emeritus Certified Municipal Official status from the Alabama League of Municipalities and was elected to the Executive Committee of this prestigious organization in June 2011.  He was elected to serve as Vice-president of the League in 2016 and elected President in 2017.  He is the first elected official from Mobile County to be chosen to lead the ALM since 1978. In 2019, Dr. Rubenstein was chosen Alabama Star Mayor of the Year by the Alabama Communities of Excellence.

Dr. Rubenstein has been married to wife, Tamara, for the past 38 years.  Their elder son, Cody died tragically from a rare heart defect at age 27 in 2012.  Their younger son, Kelby, and wife, Jessica, are the proud parents of a four-year-old daughter, Alexandra Joye.

Council Work Sessions and Meetings are held at the Saraland Municipal Annex. Work sessions are scheduled for the Mondays preceding the Thursday Council meetings.

Council meetings are scheduled for the 2nd and 4th Thursday of each month and immediately follow the pre-meetings. Pre-meetings begin at 6:00 p.m. in the Chamber of Commerce meeting room, 939 Saraland Boulevard, S. Council meetings are general held in the Council Chambers located in the City’s Municipal Court located at 937 Saraland Boulevard, S. t the Saraland Municipal Annex.

There are no upcoming events at this time.

My commitment to Saraland is to continue the growth we have seen over the last decade. I also want to keep Saraland a safe community by supporting our Police and Fire Departments.
Saraland is my home and I hope to see my kids and future generations enjoy the beauty and hometown feel of this great city.
Go Spartans! 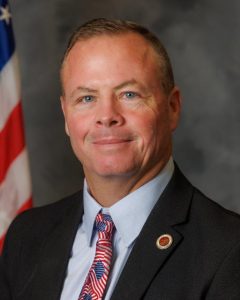 J. Newton Cromer was first elected to the Saraland City Council in 2004. He has served as the Council President, Public Works chair, Public Safety, Police and Fire, and the Park, Recreation and Senior Activities.

Newton has been married to Carol Earle Cromer since 1981 and they have two grown children, Christine Cromer Meerman and Joseph B. Cromer. They also have four adorable grandchildren. He is a graduate of Spartanburg High School and Clemson University. He has lived in Mobile County for over 44 years.

Newton is retired from the U.S. Army Corps of Engineers as a Real Estate Project Manager. He is a nationally recognized Real Estate instructor for the U.S. Army Prospect Program and has completed Army Leadership training. He is currently is consulting with the U.S. Federal Courts and is active in many Saraland area service organizations. He is an active member and Deacon at Shiloh Baptist Church in Saraland, AL.

Newton has been actively served for over 30 years in Saraland coaching, administering and mentoring Saraland youth in baseball, softball, football and Upward programs. He is an original avid supporter of Saraland City School System, our senior programs, all park and recreational activities, public safety programs, street resurfacing projects, upgrades to sanitation facilities, active with the Saraland Chamber of Commerce and supports our animal shelter, public health and environmental initiatives. Newton is an active member of Keep Saraland Beautiful, Past President of Saraland Lions Club, Pentalpha Lodge, National Rifle Association, a Woodbadge trained Boy Scout Leader, Salvation Army Board and many other service organizations.

Newton has a passion for service to our community and the betterment of quality of life for all citizens. 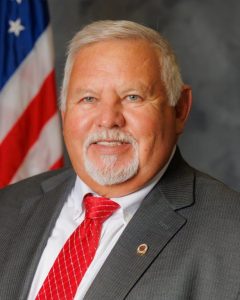 Wayne was born in Chickasaw, Alabama on January 7, 1956 and has spent most of his life as a resident of Saraland. He is a 1974 graduate of Satsuma High School and went on to attend the University of Southern Mississippi majoring in Music Education.

After leaving USM in 1976, Wayne worked his way into sales management for a large wholesale grocery company where he learned the importance of excellent customer service in an extremely competitive industry. In 1983, he left the grocery business to join a coffee service company located in Knoxville, Tennessee. He rose quickly within the ranks of the business, becoming a District Manager in 1984, and then promotion to Regional Manager for the Southeast US in 1985. In May of 1987 he returned to Saraland and started his own coffee service business, Azalea Coffee Service, Inc. which is still based in Saraland today.

Over the years, Wayne has been active as a Little League baseball coach and as a “softball and band parent/grandparent.”

Wayne is a graduate of Leadership Saraland. He has earned recognitions from the Alabama League of Municipalities including the Certified Municipal Official Basic, CMO Advanced, and CMO Emeritus designations. He has earned the Bronze Certified Municipal Official designation from the National League of Cities in Washington, DC.  Wayne served as the City Council Vice-President from 2016-2020 and he has served as the City Council representative to the Saraland Planning Commission since 2012.

Wayne serves as the chairman of the Alabama League of Municipalities Committee on Community & Economic Development after serving the prior two years as the Vice-Chairman.

In 2019, Wayne completed all the requirements and earned his Business & Industry Marketing certification from the Government and Economic Development Institute at Auburn University.

Wayne and his wife Martha have four children and seven grandchildren.

He loves his hometown of Saraland, Alabama and wants to see it grow in a well-planned manner, allowing it to reach its fullest potential. 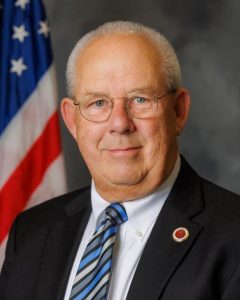 A lifelong resident of Mobile County, Natalie graduated high school from Faith Academy in 2004. She received her bachelor’s degree in Social Work from Auburn University in 2008. Upon graduation, she was employed as the Outreach Director at Celeste Road Church (currently named Destination Church). It was while working there she fell in love with the community of Saraland. In 2011, after marrying her husband, Chase, they chose to make Saraland their home. Natalie served as the career coach for Saraland City Schools from 2015-2018, where she assisted students and parents in making educated and informed career decisions. She is still an active volunteer within the schools. She is presently a licensed social worker, and works with children and families. She and her husband own a business, Health Fix. Together, they have three small children, Elliot age 8, Camille age 4, and Savannah age 3. Natalie’s favorite things include traveling with her family, and college football. ( War Eagle) She is a current member of the Saraland Chamber of Commerce and the Saraland Civic Forum. She was elected to city council in 2020 and is currently the Parks and Recreation Chairman, and the Fire Department Co-chairman. 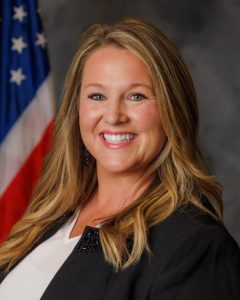 Dr. Hudson has resided in Saraland since 1965 and graduated from Satsuma High School in 1979. She started working at Springhill Memorial Hospital in 1985 with various positions of Pediatric Nurse, Recovery Room Nurse, Charge Nurse, Nurse Educator, Nurse Supervisor and Nurse Manager. She presently works as a Nurse Manager of Postpartum and Newborn Nursery at the University of South Alabama Children’s and Women’s Hospital.

Dr. Hudson was selected as one of the first five school board members of Saraland Board of Education. While serving as a School Board Commissioner she chaired the legal committee and co-chaired the superintendent search committee. She chaired the Community Advisory Council (CAP) and helped to organized community support that helped to select the Spartan mascot and the red and gray school colors.

Dr. Hudson is a board member of the Saraland Satsuma Chickasaw Community Education Council where she sponsors a Hudson Family scholarship. She is a member of Keep Saraland Beautiful, the Lions Club, the Chamber of Commerce, and a sponsor of the Historical Bailey Cemetery. She is a longtime member of Freewill Pentecostal Church of God in Mobile. She was nominated as Citizen of the Year in 2008, 2009, and 2010. Dr. Hudson was appointed to the City Council in 2009. She introduced to the City Council a Smoke Free Saraland. 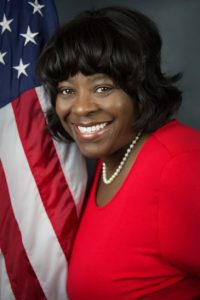